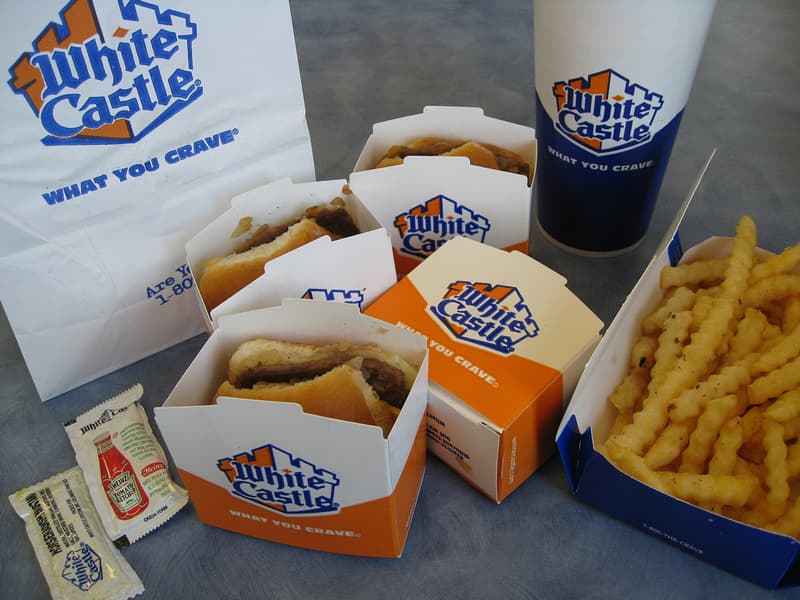 [dropcap]A[/dropcap]fter much anticipation and fanfare, White Castle is finally calling Las Vegas home. The hamburger franchise that has gained a bit of a cult following thanks to their tasty sliders and the movie Harold and Kumar Go To White Castle opened it’s doors at the end of January. Residents of Las Vegas, as well as countless tourists who travel to the city each year, have been anticipating the addition of the restaurant to the Strip since it was announced over a year ago.

As with anything in Las Vegas, there was certainly plenty of commotion as White Castle prepared to open it’s doors on January 28th. Known as a 24-hour restaurant, White Castle only lasted a few hours with the doors open on their first day, before they had to close things down in order to restock their inventory. The line at the new location was seen flowing out of the door and wrapped around the building as customers waited for the doors to reopen. They did just that after two hours, as things finally started to get going around 3:15pm.

There are plenty of attractions that call Sin City home, and even a select few that can cause a ruckus that stirs the entire Vegas Strip. However, it’s hard to imagine seeing anything quite as frantic as what was going on at the scene of the new White Castle at the Best Western Plus Casino Royale. The hotel, which is located in-between The Venetian and Harrrah’s Las Vegas, looks to increase the amount of business that it does each year with the new franchise in the same building.

If you haven’t heard of White Castle, now’s the time to see what you’ve been missing. What started as an independent standalone building in Wichita, Kansas, in 1921, White Castle has transformed into an iconic part of Americana. In 2014, Time named White Castle’s slider burger as the most influential burger of all time.

White Castle has also built a strong following because they don’t open locations just anywhere. Keeping some of that secret appeal is what brings people from all over the world just to see what Harold and Kumar were after in their comedy movie. White Castle now has over a 400 locations, include options worldwide in Singapore, Mexico and the Philippines. However, the new Las Vegas White Castle is the furthest location west in the United States. Previously that title was for a White Castle in Missouri, so now people on the west coast won’t have to drive as far to get a delicious slider.

White Castle remains a favorite among Americans and burger-lovers around the world. And with it’s new Las Vegas location right across from the Mirage (map below), even more tourists who travel to America each year are going to see this iconic restaurant. Though you might have to wait in line for a while to get your hands on a slider, you can rest assured that it’ll be well worth it when you sink your teeth into a White Castle burger.

Have you been to White Castle?  Let us know your thoughts in the comments below!