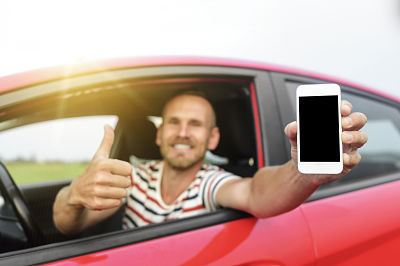 [dropcap]R[/dropcap]ecently, Uber news has been trending in Las Vegas with varying opinions on the matter, both positive and negative.  Uber is a San Francisco based ride-sharing transportation networking company with a “vehicle for hire” type of schematic that has put an innovative twist on the concept of passenger transportation.  Uber’s technology connects individuals with vehicles to patrons who need rides.  In theory, it’s a win-win.  Uber’s drivers are independent contractors.  Other than the rigorous screening process Uber contends it follows, there is no other holding to ensure that every driver is insured and legally qualified to drive.  Even if the independently contracted drivers are insured, will their insurance carriers claim responsibility over paying passengers on a non-business vehicle insurance policy?  Individuals with more regulated thought patterns tend to opine against the loosely implemented concept of Uber’s services, where those with freer brain waves tend to support this trending epidemic.

From an objective standpoint, Uber is an amazing concept that is intended to provide quick and easy to obtain car service to its patrons as well as provide income to individuals who could use additional or side earnings or those who plain old just need a job.  On the downside, there are rules and regulations set in place to protect the public, taxi service employees and business entities alike and apparently, Uber has found a way to obfuscate the system to their benefit.

Personally, the concept implemented by Uber’s executives has great potential.  In a taxi dominated world, those living in large cities, such as Las Vegas, with congested populations rely solely on taxi services.  The people are at the mercy of the taxi populous and sometimes, it doesn’t work in the favor of the community.  A new form of public transportation option can help shape more efficient way of addressing the issue.  However, it is understandable that Uber’s violation of taxi and vehicle-for-hire codes through its refusal to comply with such requirements as having vehicle inspections, proper permits and licenses for its drivers, and cameras installed in all cars does open a can of worms in terms of legal liability on many scales.  There are two main issues here; the safety of the public and the protection of Uber’s independently contracted drivers.  In the event of an accident who holds the blame for an incident; the driver, the passenger or the other vehicle?  Which entity in the scenario holds the liability for damages, (personal and property)?  Therein lies the issue.  Where Uber’s concept is captivating, the kinks have yet to be worked out.

Unfortunately, those with the power, knowledge, an expanded sense of responsibility and the foresight to create pioneering solutions, would rather point the finger and call the newly vested concept the devil.  Instead of investing time, energy, and money into fighting one another in endless pursuits of who has the “right” opinion, Uber’s top executives and the government officials of any city in which they intend to conduct business should work together to find a middle ground where innovation and responsibility combine into a simple solution for an intriguing new concept.

Does Las Vegas need Uber?  What do you think?