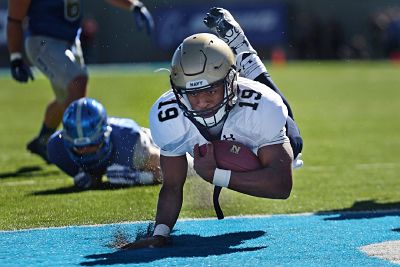 If you haven’t already heard, the NFL has been considering moving a franchise to Las Vegas for quite some time. Last week this talk became a reality as the league owners voted 30-1 to allow the Raiders to relocate to Las Vegas (a little known fact is that each team who had owners voting on this stood to make nearly $50 million in their share of relocation fees). The move has HUGE implications to the city and it’s economy, and of course you as a local resident.

There have been rumors of a football team moving to Las Vegas for a number of years. A major concern was the city’s ability to support a team both financially and in terms of fanship. The Oakland Raiders are at odds with the city of Oakland on the extension of the Raiders lease to use the stadium there. Their lease is set to expire the end of the 2018 season, which is when they plan on moving. The city wants to raise their rent, which just further motivated the move to Las Vegas.

Las Vegas isn’t gaining just any NFL franchise, the Raiders are one of the most historic and well known NFL teams. They have won 3 Super Bowls, good for the 7th most of any NFL team. They have been bad in recent years, not making the Super Bowl since 2002, but last year returned to the playoffs for the first time in years. They are looking like one of the best young teams in the league, with a superstar quarterback quickly emerging as one of the best in the league, Derek Carr. If not for Carr’s injury just before the playoffs, the Raiders may have been able to make another Super Bowl run. It’s looking like when the Raiders get here in a few years, they should be one of the top teams in the entire NFL.

What A Team Does For The City

The Raiders coming to Las Vegas will have an impact on pretty much every facet of life in the city. There are plans now to build a $2 Billion dollar stadium just outside the city in Paradise, Nevada. It will be a world class stadium that is rumored to be one of the most extravagant in the world. The team will bring tons of attention and commerce to the city, even more than there already is. There are rumors that sometime in the immediate future the city will try and host a Super Bowl. The world’s biggest sporting event by itself typically brings in about $700 million for the state and city hosting it. There will without a doubt be overhauls to public transportation and this is even spurring talks of a super high speed train line from Los Angeles to Las Vegas, something that has been talked about for years. There are no immediate or definite plans for the line to be built, but the stadium and team moving here has only advanced the talks.

The Raiders are going to play at least 2 and maybe 3 more years in Oakland before moving to Las Vegas. They have pretty much worn out their welcome there and the fans are not too happy with the team leaving them, to say the least. It will be an interesting few years for the Raiders before they are able to officially move into their new home. There will be tons of new developments coming out in the coming months with more on the team and cities plans. There has been interest from all kinds of different investors since the vote to move the team who recognize the money to be made by moving the country’s most popular sports to one of it’s most famous cities. It will be very interesting to see how an NFL team reacts to being in the sin city, but should be an overwhelmingly positive thing for the local economy. Who knows what this could attract to the city, but it is very exciting to say the least!