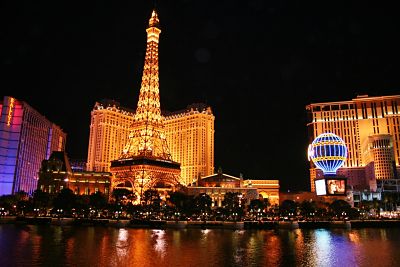 New York City and Los Angeles might be the cities most commonly depicted in the pictures, but they’re not the only ones. The ever-photogenic Las Vegas, with its larger-than-life reputation, also makes for a great setting for movies. Looking back through film history, Las Vegas has had plenty of times to shine on the silver screen, most memorably in these classic films.

The lights and sound of the Las Vegas Strip make the city a compelling location for many films, but there’s also plenty of material to be found in Las Vegas’ notoriously seedy mob history. “Casino,” Martin Scorsese classic gangster picture, revolves around fictional characters played by Robert DeNiro and Joe Pesci. However, it’s not all make-believe, as the film was actually based on a nonfiction book that details the Las Vegas mafia involvement in casino during the 20th century. It’s not the most accurate history lesson, but it’s definitely a compelling watch.

“The Godfather” series is an epic, sprawling collection of films that spans a number of locations: New York City, Miami, Havana, Sicily, and more. While Las Vegas gets only a little screen time in the first “Godfather” film, it’s a memorable part – rising gangster Michael Corleone’s first visit to the city is introduced by a dazzling montage of passing street signs, made up to look like the nostalgic glory days of the 1940s and ‘50s. If you’re quick you’ll even seen a Sands Casino sign advertising a Dean Martin and Jerry Lewis show.

Las Vegas’ casinos make for a great heist target, and that’s the name of the game in this memorable flick. Honestly, you could put both the 1960 Rat Pack version and the 2001 remake of “Ocean’s Eleven” on the same list of famous Las Vegas movies, but it’s probably the George Clooney film that resonates the most with today’s audiences. Featuring an all-star cast that rivals the original film, the newer “Ocean’s Eleven” was a hit, spurring on two sequel films and an upcoming reboot, “Ocean’s Eight.”

Fear and Loathing in Las Vegas

Based on gonzo journalist Hunter S. Thompson’s book of the same name, “Fear and Loathing in Las Vegas” stars Johnny Depp as Thompson’s alter ego, Raoul Duke, as he travels to Las Vegas with his lawyer. While most movies play up the glitzy, glamorous image of Vegas, “Fear and Loathing in Las Vegas” turns that image on its ear, portraying it through a feverish, hallucinatory lens. In other words, this movie–while a classic–definitely isn’t one for the kids.

To many outsiders, Las Vegas is a mecca for partying, gambling, and just general debauchery. Accurate or inaccurate as that is, “The Hangover” plays on that stereotype with the story of three men who awaken the night after an ill-fated bachelor party and are tasked with finding their missing friend. Vegas plays a big role in the film, with much of the events taking place at Caesars Palace and surrounding locations. Apparently, the film was such a hit that it spurred a notable amount of tourism for the city.