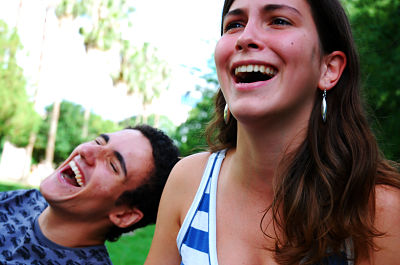 April Fool’s Day is a day full of enjoyment and laughter….for some. It is one of the world’s strangest holidays and one that is full of mystery. Where did it come from? Who started it? No one really knows much about April Fool’s Day, but we are here to help.

You probably already know the purpose of April Fool’s Day. The goal is to play practical jokes or start hoaxes to confuse and concern the people around you. April Fool’s Day jokes can go any direction; from a simple white lie to make everyone laugh to elaborate pranks played in the centers of cities just to make people confused. April 1st is a day where everyone needs to be on their toes to make sure they aren’t the victim of a hilarious joke or gullible to a lie.

The origins of April Fool’s Day are something that is highly debated. The first known mention of foolishness on April 1st was in Canterbury Tales by Chaucer, which was written in 1392! Some say that his original version featured a few lines about a day of foolishness “32 days after March” but this could mean a number of different things. It is also possible that the translation of his original line has been misinterpreted over time.

In the 1500’s and 1600’s there were a few more mentions of April Fool’s Day or something similar, but none that are accepted as the originator. The holiday was not celebrated in many places until the start of the 19th century. It still is only recognized in any form in certain places around the world.

April Fool’s Day is not a very widespread holiday, compared to some others. It is not a publicly recognized day in any country, however it is celebrated all over the world in places like The United Kingdom, Ireland, Poland, Denmark, India, Romania, Finland, Iceland, Norway, Sweden, and of course The United States. All of them celebrate in slightly different ways, but they are all essentially days based on pranking your friends.

There are also April Fool’s Day comparables that happen on different days around the world. For instance, Spain and Hispanic America celebrate “day of holy innocents” on December 28th each year. This originally was just a religious holiday, but has since turned into a day of pranks on top of the religious aspect.

Some of the Best Pranks Ever

In 1996, Taco Bell took out newspaper ads that ran on April 1st to announce they had purchased The Liberty Bell. They said the plan was to rename it the “Taco Liberty Bell”. This caused quite an uproar as citizens grew concerned the national landmark was actually owned by the fast food chain. There were so many calls to the National Parks Service and Taco Bell about it that they had to both come out and say it was a prank before noon on April 1st.

Similarly to Taco Bell, in 2011 Richard Branson (billionaire owner of Virgin Mobile, Virgin Airlines and more) convinced the public that he bought the former planet of Pluto. This was right around the time that Pluto was deemed to not be a planet any more, so Branson said he bought it and planned on making it a planet again. He came out in the following days to say it was just an April Fool’s Day Joke.

April Fool’s Day is either a day of great joy, or great annoyance, depending on who you ask. Of course, the day is huge hit with children, so if you don’t like it, just be happy you aren’t a teacher. And remember, if something seems a little too good to be true tomorrow, that’s because it probably is.